The best areas to stay in Mykonos

Cheap and economic accommodation to stay in Mykonos

Best place to stay in Mykonos

The Island of Mykonos is a small island located in Greece that belongs to the archipelago of the Cyclades, in the waters of the Aegean Sea and in the middle of the Tinos Islands (northwest) and Siros (southeast) and Naxos (south).

Mykonos is the same name of the capital of the island, which is also known as Jora. It is an island with a great tourist attraction, with a diversity of beaches and a great nightlife with a multitude of events.

The discos, next to the beach and electronic music, are synonymous with summer and winter in Mykonos, not in vain has Mykonos been called the Ibiza of Greece.

This place is visited by DJs from all over the world They deal with playing music all night long. For those who wish to spend the night, on the Greek island It can be enjoyed from 5 in the morning until 10 in the Cavo Paradiso club, in which there are various parties depending on the time of the year.

Mykonos is one of the most visited stops by tourists who approach Greece and the Aegean Sea on a cruise trip. Given the small size of Mykonos, the island can be visited on a weekend, which does not exclude longer stays.

But the best maybe is to combine it with Athens, Santorini and Crete, since the ferry connections are good and the flights are not excessively expensive.

In order to make the most of your stay, we offer you a small guide with the best areas to stay in Mykonos: the most tourist, the safest, from which it is easy get to any point on the island, walk on foot or eat and shop without problems, near your hotel. 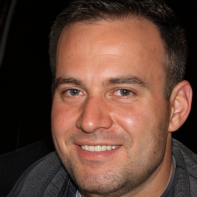 Georgios Dikoudis
Tourist copywriter and content writer, I was born and lived a large part of my life in Greece, which has allowed me to get to know much of its territory.

The capital of the island, Chora

Chora is the capital of the island of Mykonos and is where you will find the greater hotel offer, most restaurants, bars and shops.

If you do not plan to rent a vehicle, it is the Best area to stay in Mykonos, especially since all the buses that go to most attractive points of the island leave from there. A important disadvantage Having to stay here, especially during the tourist season, is the noise that the capital suffers, especially at night.

For the center you will find the most bars and discos that attract from backpackers to celebrities as well as a Important offer of gay nightclubs, in fact in Kyriaki Square opened the first gay bar on the island. 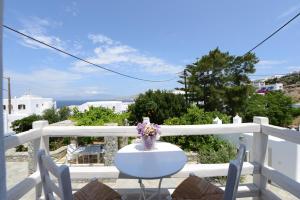 Ornos, to combine beach and tourism

This is the beach area with more hotels in Mykonos as it is one of the closest beaches to the city of Mykonos, just 3 kilometers from the heart of the capital.

The water and the environment are calm, so it becomes another great optionwhere to stay in Mykonos to travel as a family. The hotels in this area have all the services that are needed for the holidays, including swimming pools, kids clubs, family restaurants and lots of shopping areas.

The beach is sheltered from strong winds, making it easier to start in sports such as windsurfing and sailing.

Ornos
8 FABULOUS (780 comments)
See Price Now
Mykonos Blanc is within walking distance of the cosmopolitan beach of Ornos and combines elegance and comfort while respecting the traditional Cycladic style. It offers a pool surrounded by palm trees and with panoramic views of the bay. 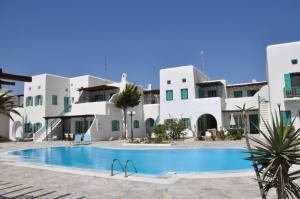 Tell them
Ornos
8.3 FABULOUS (303 comments)
See Price Now
The Diles, a short distance from the sandy beach of Ornos, offers self-catering accommodation and a swimming pool with a large sun terrace. The Mykonos airport is located just 2 km.

Platis Gialos, the best beach for the family

Platis Gialos is an extensive beach full of Sunbeds and umbrellas for rent. Protected from the wind by the surrounding hills, it is a quiet beach, suitable for families, which has several playgrounds and with some hotels and restaurants on the beach.

The beach is very good by bus and is famous for water sportsIt is ideal for renting a kayak or paddleboarding, this will be your favorite area to stay in Mykonos.

It is a very complete area because it has restaurants of all kinds, clubs where to party (more discreet than in other parts of the island) and many hotels. Nearby, at 10 minutes on foot, you reach the beach of Paraga. 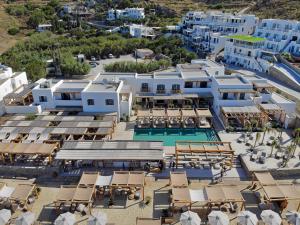 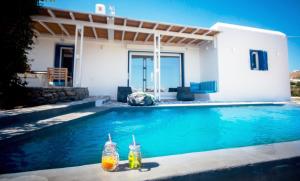 The 9 best hotels to stay in Mykonos

Mykonos View Hotel
Mykonos city
Mykonos View is a typical Cycladic accommodation overlooking the Aegean Sea or the city of Mykonos. It offers an impressive pool, lounge bar open 24 hours and breakfast area with sun loungers. There is WiFi in the common areas.
Double room from: n / d

Andronikos Hotel
Mykonos city
The Andronikos Hotel is located on the top of a small hill and overlooks the city of Mykonos. It offers an award-winning restaurant, an outdoor pool and a wellness center.
Double room from: 143 € 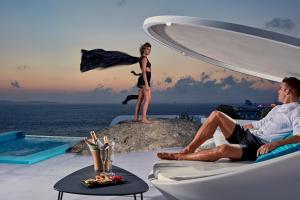 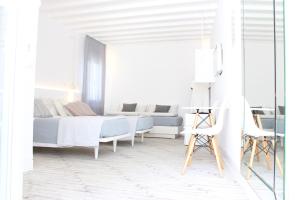 Christina Studios
Mykonos city
The Christina Studios is located in the city of Mykonos, 3 minutes walk from the central bus station and 100 meters from the city center. It offers free Wi-Fi access in all areas.
Double room from: 60 € 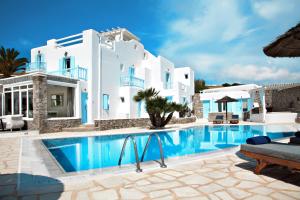 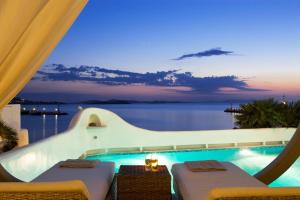 Harmony Boutique Hotel
Mykonos city
Ideally located next to the old port of Mykonos, this boutique hotel in the center of its commercial and nightlife district offers elegant accommodation with spectacular views of the sea.
Double room from: 115.83 € 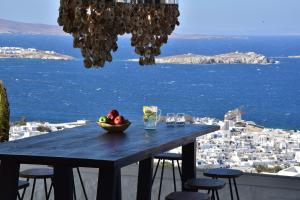 Hermes Mykonos Hotel
Mykonos city
The Hermes Hotel is located at 500 meters from the center of Mykonos and has a swimming pool and free WiFi. It offers elegant rooms with a furnished balcony and views of the Aegean Sea or the property's gardens.
Double room from: n / d 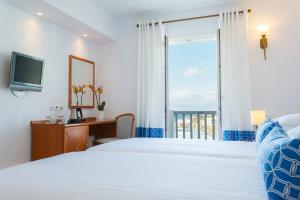 Hotel Adonis
Mykonos city
The family-run Hotel Adonis offers spacious accommodation and is just a short walk from the center of the town of Mykonos and Little Venice, and a minute's walk from Fabrika Square.
Double room from: n / d 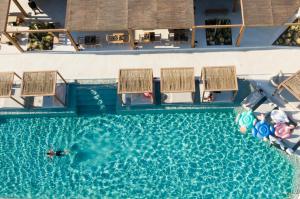 Kos (Kos), the island whose waters do not envy those of the Caribbean Who has never dreamed of spreading his towel on the Greek islands? Sun, an unbeatable climate and the Mediterranean at your feet. Well, all this and more you can have if you book in any of the Mykonos hotels that there are prepared for you. Come to Greece!

You are looking for Hotels in Mykonos? The hotel search engine offers you Mykonos Cheap Hotels at the best price, helping you find the most central hotels, the best connected, or the most charming places. Stay in Downtown Mykonos hotels with the cheapest rates.

You can organize your business trips, your weekend getaways, your next bridge or your summer vacation. Our search engine Hotels in Mykonos will offer you a selection with the best prices to reserve your Hotel in Mykonos.

There is a huge offer of accommodation in Mykonos. In fact, it is not an expensive destination and there are plenty of Mykonos Cheap Hotels that fit all budgets. Don't miss the offers of the Mykonos Beach hotel or the Ibiscus Mikonos hotel They offer an unbeatable value for money.

All Inclusive Hotels in Mykonos

But if you prefer some Mykonos Vacation In which they give you everything done, you will have to reserve your room in the all-inclusive hotels that dot the island. This is the case of Mykonos View Hotel, the Semeli hotel or the Mikonos Bay hotel.

Do you want more? If you are a lover of luxury, the 5-star hotels in Mykonos will leave you speechless. Surely you have never seen anything like hotel Mykonos Grand Hotel & Resort with its infinity pool that looks out to sea. Not to mention the Palladium hotel and its deluxe rooms and suites where you will be treated like a king.

If you prefer the privacy of an apartment instead of a hotel in Mykonos, take a look at the apartments in Mykonos that you have at your fingertips. In Mykonos Panormos Villas or in the Gt Suites Mimosa apartmentsComplex you will find the privacy you are looking for without giving up any service.

As you see you have the best hotels in Mykonos just a few clicks. What are you waiting to reserve yours?