The best areas to stay in Leuven

Cheap and cheap accommodation to stay in Leuven

Double or Twin Room from 44 EUR

Double or Twin Room from 49 EUR

Best accommodation to sleep in Leuven

Leuven is a Belgian city famous for hosting the oldest universities in Europe and hosting more than 50.000 students a year who give the place a youthful vibe all year round.

Leuven, known in its original language as Leuven, is the holder of the most important University in the EU and perhaps the entire world, KU Leuven.

The current beer capital of Belgium, a country that produces hundreds of varieties of such delicious and refreshing liquor. In the Plaza Oude you can see the largest number of exponents of this artisanal alcoholic drink.

Visit the city of Leuven is to find a totally multifaceted place, based on the large number of young people who visit it throughout the year, which give it a vitality that is not achieved anywhere else and provide a permanently innovative environment.

Despite being a fairly small city, it has a excellent hotel offer, with variable prices ranging from the most expensive to very cheap, as in any tourist destination.

It has a unique historical and cultural architectural attraction in its style. It has a large number of pedestrian paths that facilitate the route through the city ​​of Leuven And best of all, you can ride a bike everywhere. 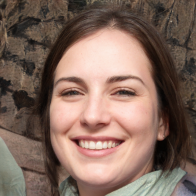 Milka palic
With more than 10 years as a journalist, I enjoy my time between my two great passions: traveling and writing articles on travel blogs.

The historic center, the best area

If you want to be close to the places of interest and surrounded by a happy and lively atmosphere, then it could suit you stay at center of Leuven. In this area there are good hotels, many of them with a 4-star category.

If you decide to stay at the central area of ​​Leuven, in a very short time you will be able to reach the Town Hall, a true wonder of the Brabantine gothic architecture, worthy of admiration for its imposing façade and its important art collection located inside.

As for the gastronomy and fun, the city center has more than 241 cafes and 178 restaurants with a varied culinary offer. If you visit the Grote Markt, you can visit the Church of St. Peter, the university building and the popular Bondgenotenlaan street.

You can't stop knowing Oude Markt o Mercado Viejo, without a doubt, is the best known and busiest meeting place in the place. When you arrive at the square, you will be entering the largest bar in all of Europe. There is no other place that concentrates so many bars and restaurants like this, hence its fame. 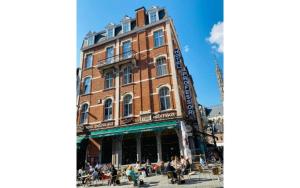 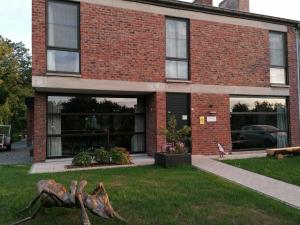 Leuven
8.7  FABULOUS (649 comments)
See Price Now
These family-run studios are located opposite the ponds of Park Abbey, 2,5 km from the city center of Leuven. The property offers free Wi-Fi and parking.

This area is an excellent option for stay in Leuven. The prices of the four star hotels They range from € 70 and you can walk to the center in just ten minutes.

La martyrs square It is located right in front of the exit of the station leuven train. Although it is not as famous as Oude Markt, we can choose from a considerable number of bars and cafes.

In it you can see a commemorative memorial of the 200 victims of the city who died during the two world wars. It is also located in the center of the square, the Queen's monolith called "Vredesmonument", made in 1925.

Leuven train station It has a simply impressive building dating from the early eighteenth century, however, the contrast with a more modern infrastructure that houses the platforms is striking.

Leuven station is a structure of great importance for the city, not only because it gives access to the University City, but because it is the center of communication with the rest of the country, bearing in mind that the train is the main means of transport in Belgium. 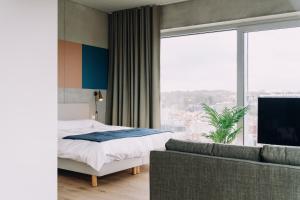 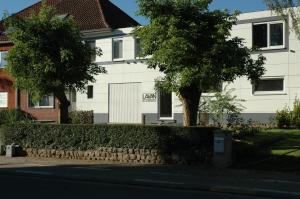 Leuven
8.1  FABULOUS (871 comments)
See Price Now
The Lavan is an ideal establishment for both business and leisure travelers. It also serves breakfast in a winter garden.

The Beguinage, the most medieval area

This area has the greatest charm of the entire city, since its buildings date back to medieval times. If you want to enjoy a quiet place, surrounded by architectural jewels, you can book a 4-star hotel for costs around € 100.

The Beguinage or beguinage It is made up of a group of houses grouped around a courtyard, in which the Beguines lived, unmarried women from high society who, without becoming nuns, took a vow of chastity and dedicated their lives to works of charity.

Heritage declared by UNESCO, the Beguinage of Leuven It groups about 100 buildings and about 300 houses that extend along the banks of the Dijle river, which is divided in two, forming a small island within the place, connected by three bridges.

This small town within the city managed to shelter about 360 women. Today it is part of the University of Louvain and it is used as a hostel for students and academic guests. 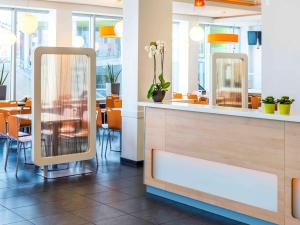 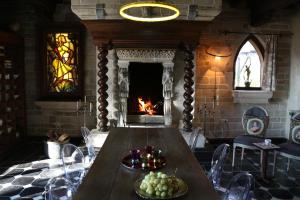 The best hotels to stay in Leuven ibis Leuven Centrum
Leuven
This hotel is located in the historic center of Leuven, 300 meters from the central market square and the town hall, a square with cafes and restaurants. It offers free Wi-Fi, as well as a bar and 24-hour reception.
Double room from: 65 € 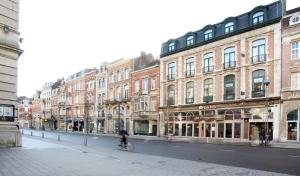 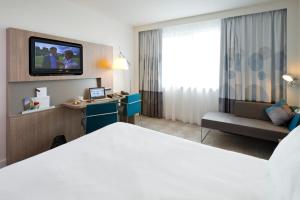 Novotel Leuven Centrum
Leuven
This Novotel is located in Leuven and offers modern rooms with a tea / coffee maker and free Wi-Fi. It is located 15 minutes walk from the Leuven market square and only 7 minutes from the train station.
Double room from: 87.71 €

New Damshire Hotel
Leuven
The New Damshire Hotel is located in the heart of the university city of Leuven, a short walk from the old market square and a variety of shops.
Double room from: n / a 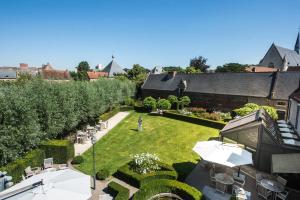 Begijnhof Hotel
Leuven
Located in Leuven, 200 meters from the XNUMXth-century Great Beguinage, Begijnhof Hotel offers free WiFi throughout, a sauna and a private garden with a terrace.
Double room from: n / a 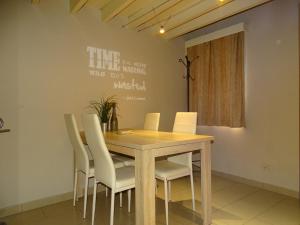 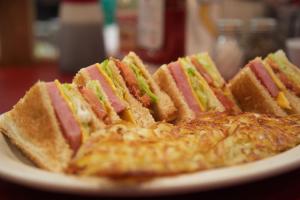 Wash
Leuven
The Lavan is an ideal establishment for both business and leisure travelers. It also serves breakfast in a winter garden.
Double room from: 85 € 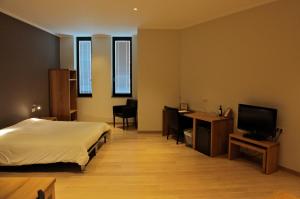 Other destinations in Belgium that may interest you

Bruges, also known as the Venice of the North

Brussels, capital of Belgium and Europe

Ghent, the Flemish jewel of Belgium

Book your cheap hotel in Leuven

Enjoy your stay in Leuven. Make your visit to Leuven a magnificent experience by sleeping in the unique hotel for you. Still don't know where to stay? We put at your disposal accommodation in Leuven at the best price, so you can choose the one that best suits your expectations and your pocket.

A business trip, a family vacation, a weekend visit or a long weekend with friends in Leuven. No matter the reason, because here you will find the greatest variety of accommodation and hostels and always at the cheapest price.

Stay in hotels in downtown Leuven with the cheapest rates. If you are looking for the best price for your hotel, compare and you will notice the difference. You just have to indicate the date of entry and exit and click on the "search" button. Our search engine Hotels in Leuven will offer you a selection with the best prices to reserve your Hotel in Leuven.